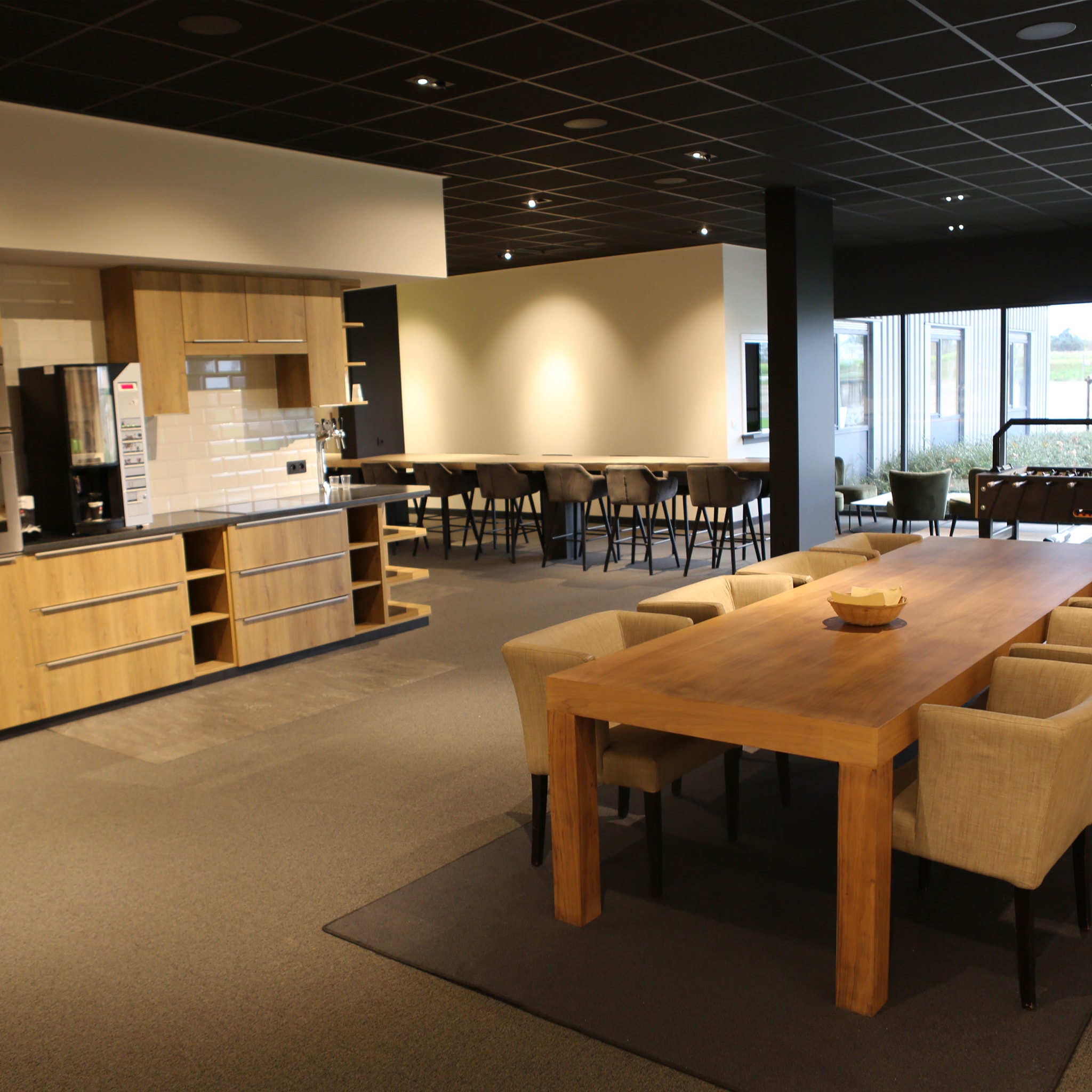 Due to the rapid expansion of the Limburg-based company PVS, the company's logistics and R&D activities moved to its brand new distribution center in Stevoort (Hasselt) in 2017. In order to maximize efficiency but also to maintain exponential growth, all other departments of the company now also moved to a new office center on-site in Stevoort.

Despite its complicating factor, the corona crisis did not dampen the family business' growth ambitions. On the contrary, PVS invested in renovating the existing office complex. With a floor space of 55,000 m², the company ensures that all departments are brought together on one location, leading to fine-tuned communication, increased creativity and an increase in expertise.

"The function of the office has evolved considerably with the acceleration of the digital transformation, with teleworking and hybrid meetings, where some participants are physically present and others virtually. The new office in Stevoort allows our employees to meet each other and customers in a safe way. Individual booths allow for quick consultations in pairs, while extensive meeting rooms, equipped with video and audio technology, support such hybrid meetings. Not a superfluous luxury given that we derive 85% of our turnover from exports," says Tom Van de Sande, CEO of PVS.

But not only the office center was renewed, but also the company's test facility was recently invested in, resulting in a temperature chamber and RFID chamber to perform EMC measurements. This completes a total investment of 12 million euros to enable the company to continue its rapid growth even more efficiently in the future.

The Experience Center in the Veldstraat in Hasselt will remain available for customers to experience the full range of innovative audio products offered by PVS. The events that the company organizes for their customers worldwide will also continue to take place at this site.