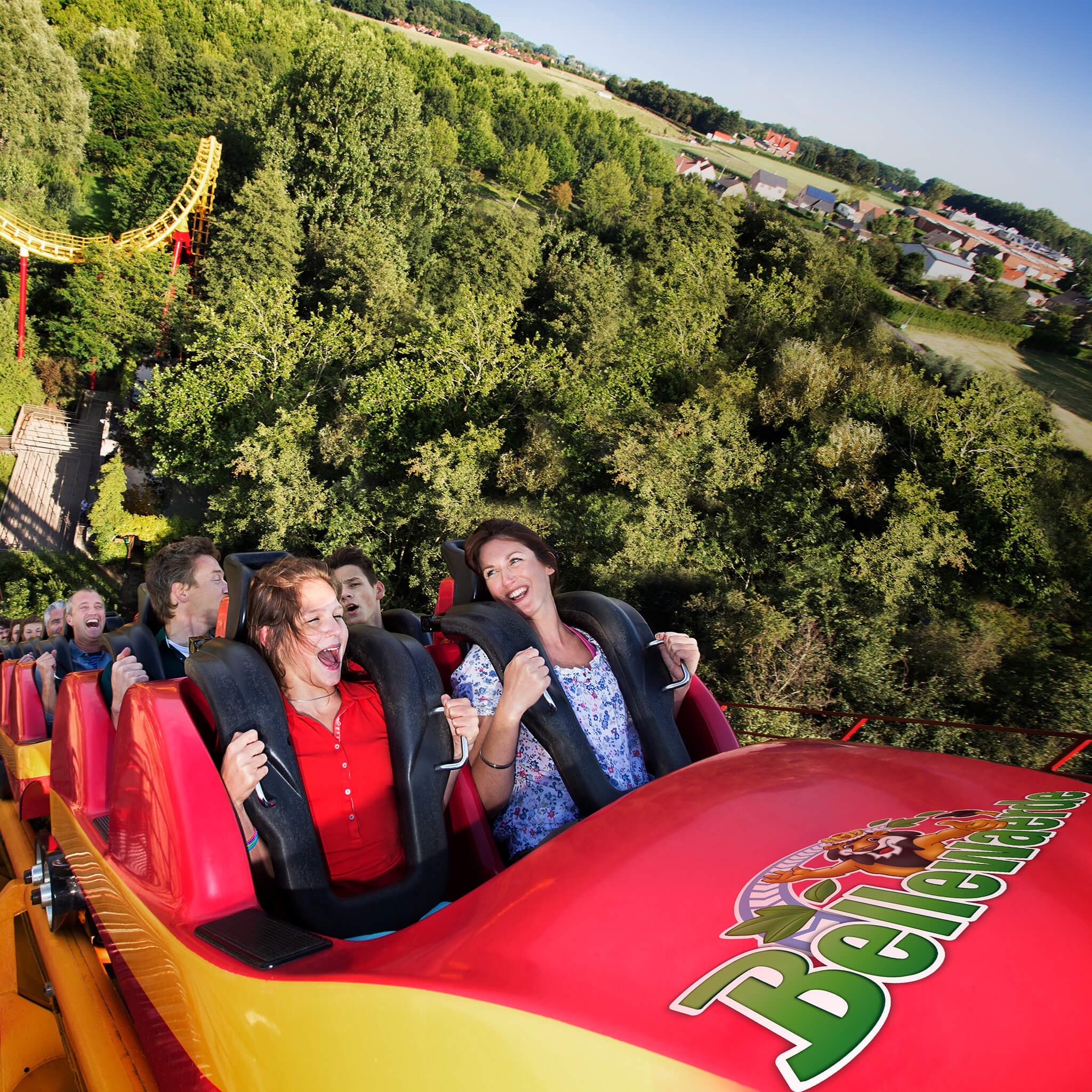 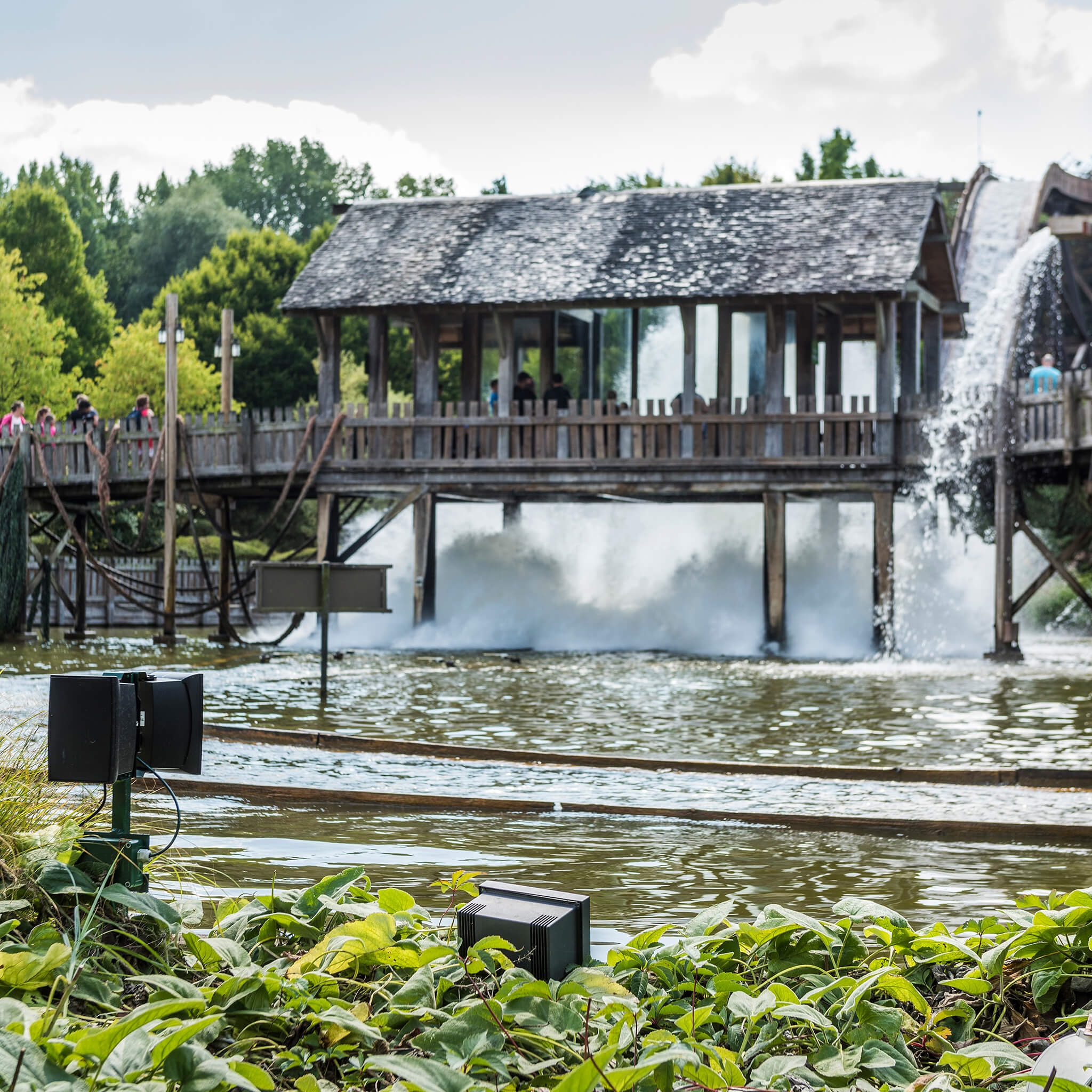 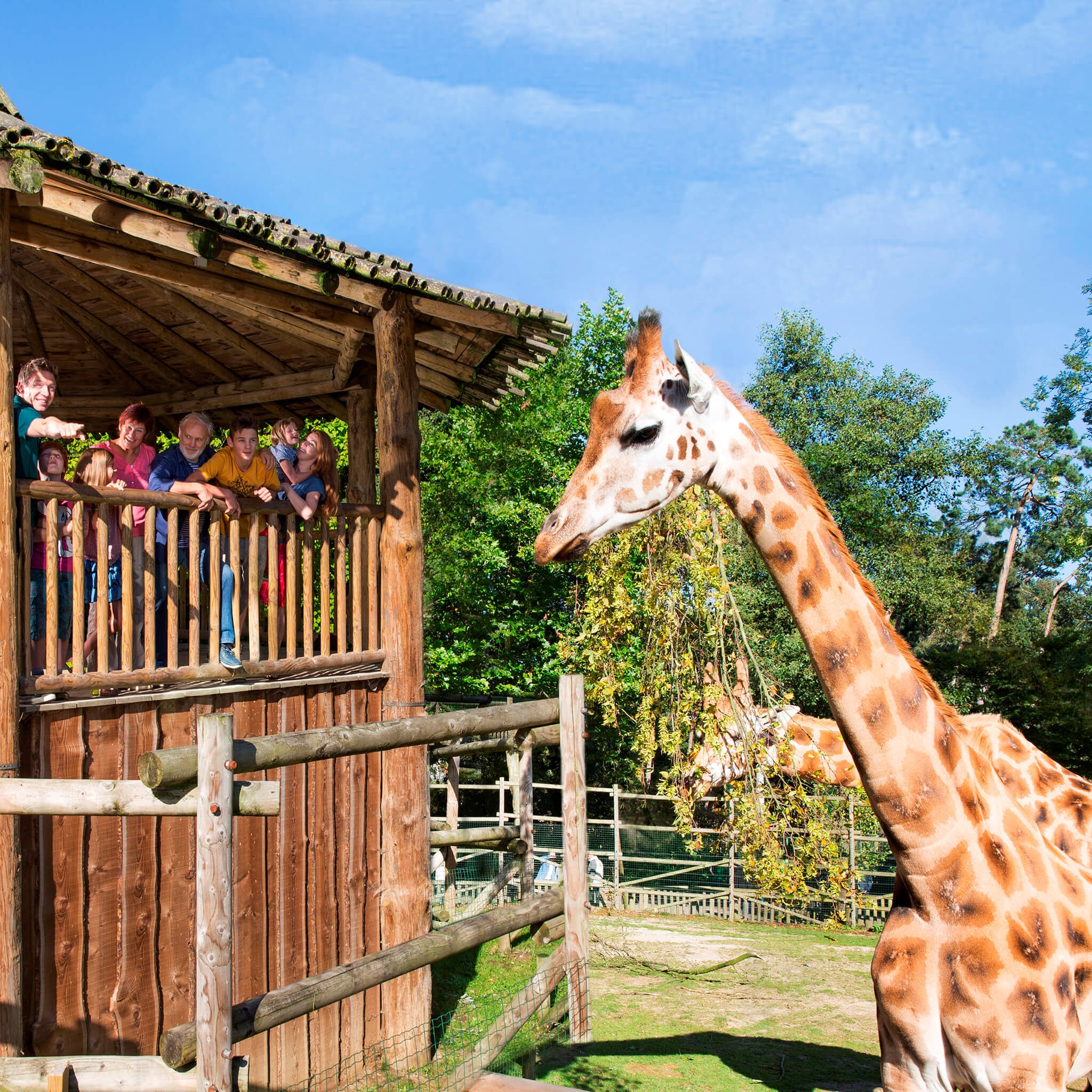 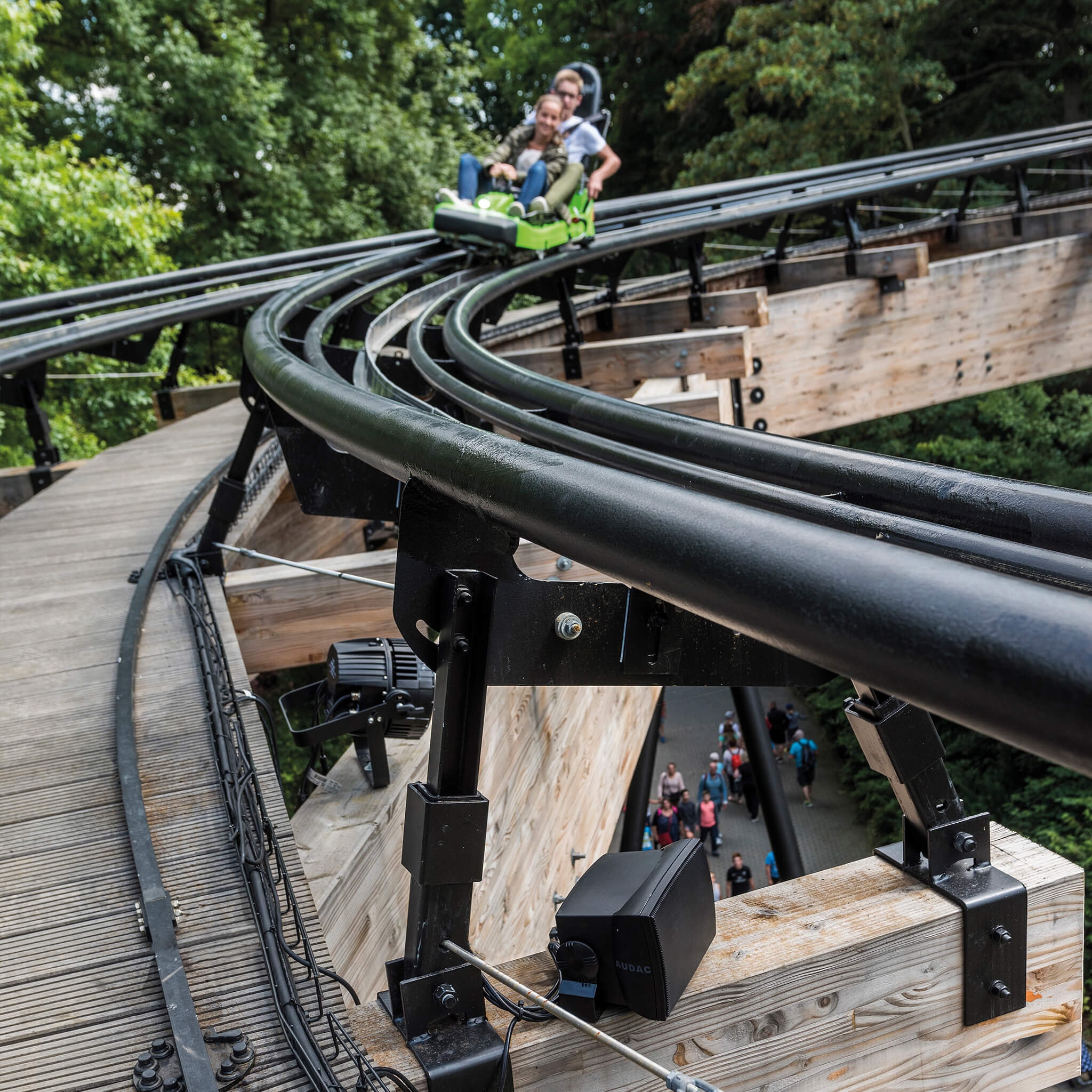 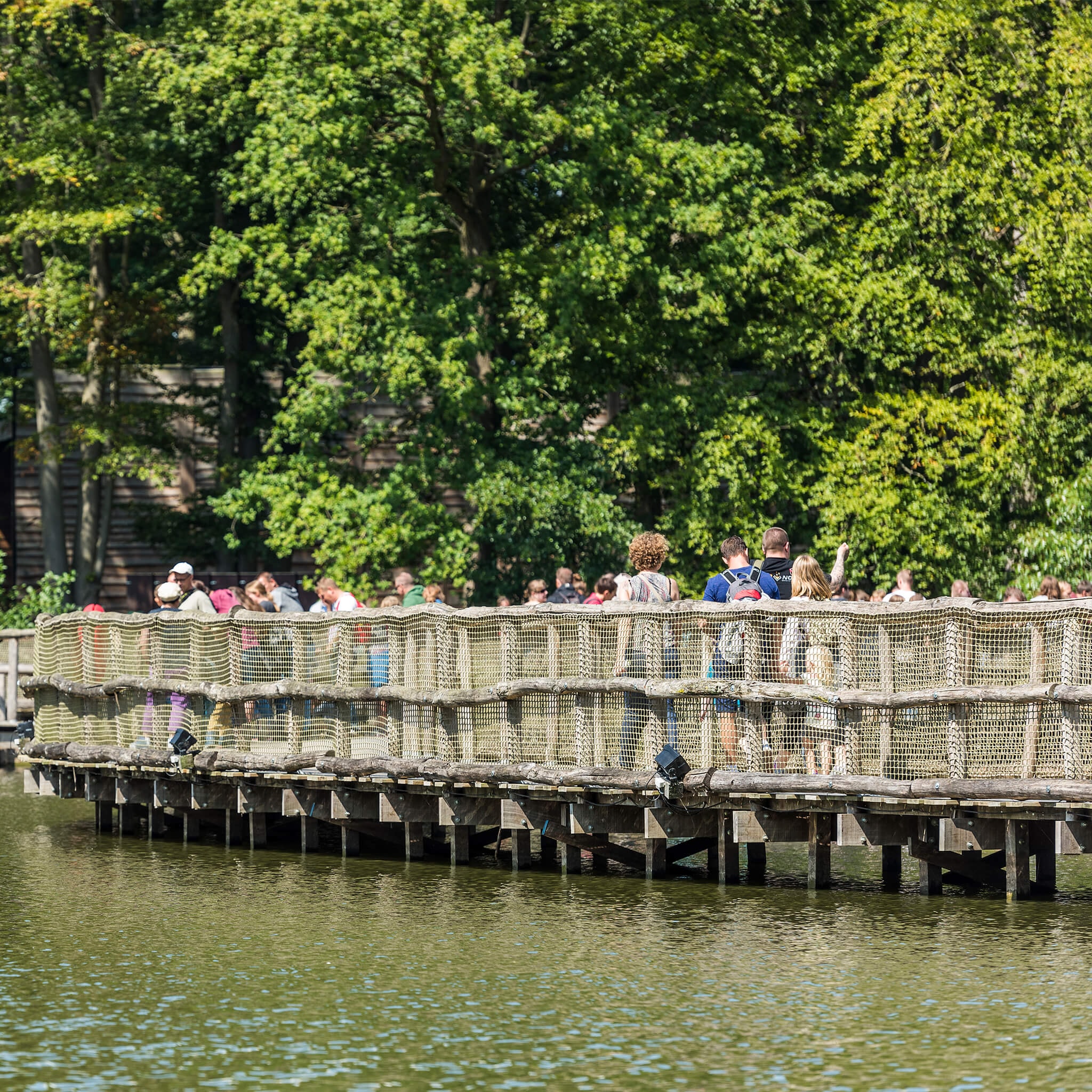 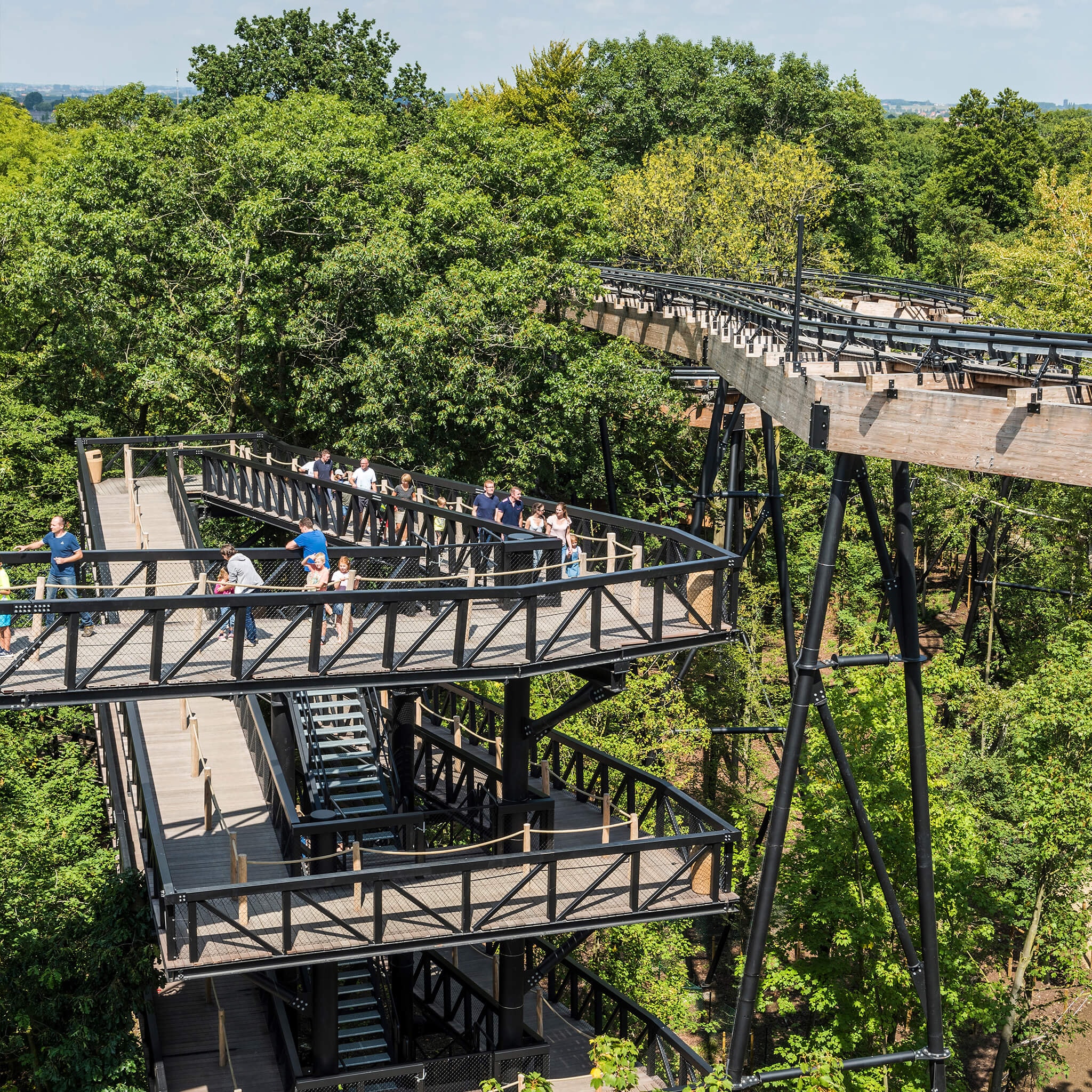 Bellewaerde is a theme park in the Flemish countryside at Zonnebeke near Ypres in Belgium. It was established in 1954 and named after an old castle territory that still stands near the main entrance. It’s the oldest operating theme park in Belgium but started originally as a zoo and safari park. Bellewaerde expanded in the early eighties to become more of a general theme- and thrill park, focusing towards teens and families. The 54-hectare (130-acre) park is famous for its beautiful gardens, marvelous landscaping and its attention to theming. Bellewaerde draws about 850.000 to 900.000 visitors a year and is one of the main theme parks in Belgium.

Major rides in the park include the Screaming Eagle vertical drop tower, Boomerang which was the first Boomerang coaster in Europe, Huracan a dark ride with a Mexican theme and several water rides including a log flume, a river rapids ride and a spill water ride. Bellewaerde’s latest additions are the world's first Topple Tower from Huss, El Volador in 2005, a 4D Cinema and in the spring of 2017 Dawson Duel, Europe’s first dueling alpine coaster on a non-natural hillside opened for public.

When the need for a complete new audio installation emerged, the technical staff of Bellewaerde did some intensive comparison tests to select the right partner. All gathered audio simulations showed that Belgian brand AUDAC was best placed to carry out the required needs. For the initial stages of the project Bellewaerde teamed up with AUDAC partner PVL Sound & Light and afterwards Bekafun was also involved to deliver a complete audio solution for the entire park. Complete audio coverage of the entire park, with respect for the greenery and animals inside, was very important to create an unforgettable experience while ensuring safety in the busy complex.

A total of 8 different M2 matrix mixers were placed in strategic places across the park and linked up by optic fiber allowing Bellewaerde to provide a general ambient sound for the entire park as well as local sounds for the attractions nearby. The M2 features twelve universal audio inputs which are freely mixable to eight stereo outputs. The APM108MK2 made sure each zone as well as the entire park can be addressed by voice messages and paging. They added an useful addition as the paging microphone is also used to switch relays. For example to cut the decoration lights and turn on the emergency lighting.

Because most of the waiting lines as well as the attractions themselves are located in open air over 258 WX502_O outdoor wall speakers were placed to create an even sound coverage. These weatherproof speakers are especially designed to withstand very low temperatures and high humidity. Through the 110 degree dispersion of the WX502/OW speakers, excellent sound quality and speech intelligibility is achieved.

In the indoor zones that only need announcement function the installers placed a center cluster consisting of five HS208 horns. These clusters were placed in such a way that every part of the zone is reached. For the outdoor zones that only needed paging and announcement functions, the bigger HS212 Full range horn speaker 12" was used to provide long throw, full range sound projection.

The complete renewed audio system dramatically improved the acoustic environment of the entire park. The sound from the speakers is natural and precise making it blend into the environment allowing Bellewaerde to distinguish itself even more from other theme parks.